“Wayne White’s playing on The Last Tree transports me to a place I always want to be. He weaves each noted within the other effortlessly, generating an exquisite sound that only he can create.” – Kat Fasuett, Radio Boise KRBX 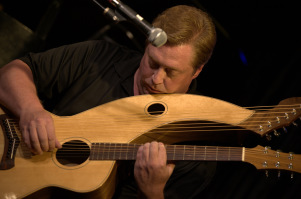 It’s no secret to friends and family how much Wayne loves the music of the Beatles or what a strong music influence they’ve had on him.

Wayne received his first guitar at age 12, and by 17 he had recorded two studio albums. He won jazz musician of the year twice in High School and then majored in Music Performance at Boise State University in Boise Idaho. Seeking a more modern view, he left college and attended the Musicians Institute in Hollywood, CA and graduated in 1991.

Wayne found himself at a professional crossroads when the latest in a long line of promising bands fizzled into the mire of one or more flakey band member issues. Completely disenchanted with the singer/songwriter thing, he discovered a genre of guitar playing that said more to him without lyrics than any style he’d heard before. Fingerstyle guitar challenges the musician to express themselves without the use of words. It combines beautiful melody, imaginative and percussive accompaniment into one arrangement, often using alternate tunings of the guitar. Like a painting it offers only a title, allowing the listener to relate without lyrical guidance or direction. No pedals, no overdubbing, no obnoxious vocals. Just Wayne. 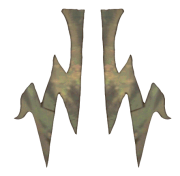